The Paperback Edition of Writing A Compiler In Go

Well, that certainly went quicker than I planned.

But I replied that before I start working on a paperback edition, I first need to take a break. I’ve worked on this book for close to a year and I wanted to sit back and take a big breath. I knew that I’ll eventually release a paperback, but that could wait a few weeks, or months even.

As it turns out, I’m pretty bad a taking big breaths when there’s something I can and want to do. So, here we are. Exactly two weeks after the release of the eBook, Writing A Compiler In Go is now available as a paperback:

It’s 18cm wide and 26cm long, exactly like its predecessor. They look good when put next to each other on a shelf. This one is thicker, though, with 338 pages — roughly 60 more than the first one.

I’m pretty happy with how it turned out: 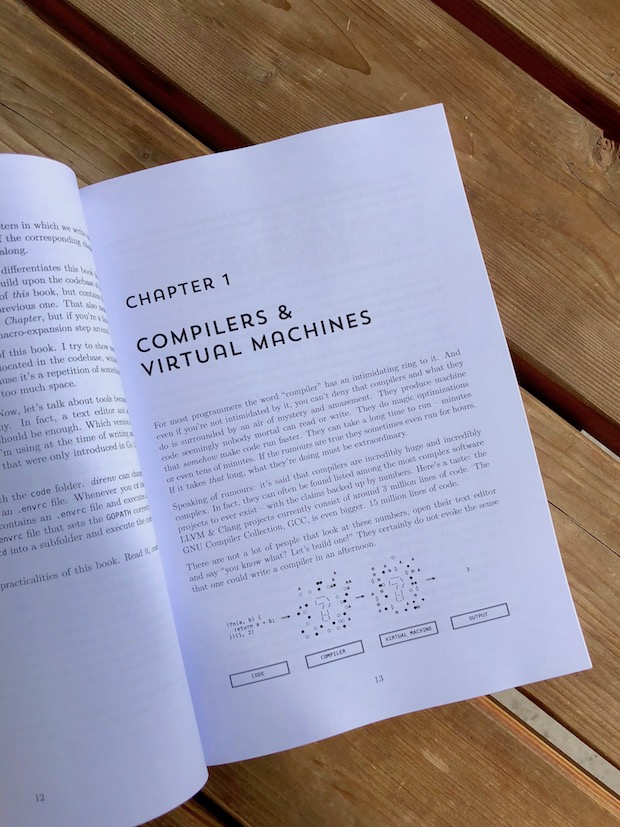 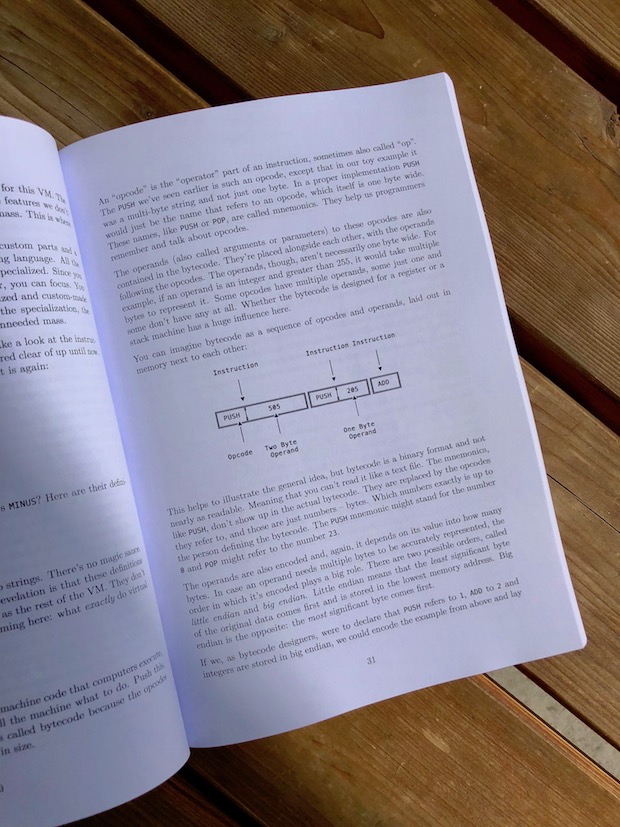 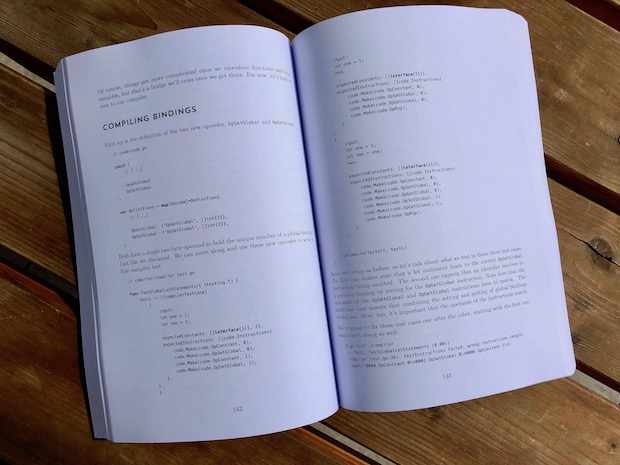 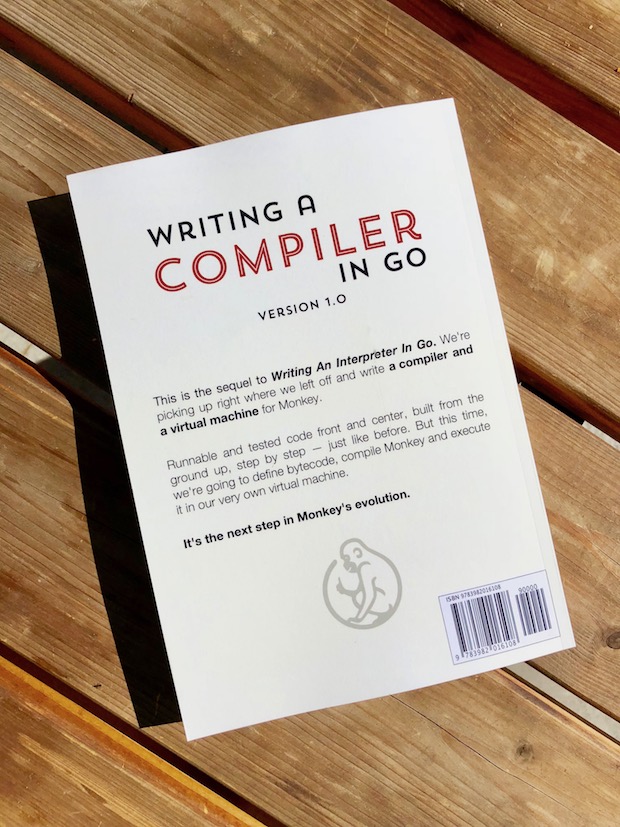 Follow me on twitter: @thorstenball. Or send me an email to me@thorstenball.com. Or check out my books at interpreterbook.com and compilerbook.com.

I also maintain a mailing list, on which I sent out occasional updates about my books or this blog. I won't spam you and you can unsubscribe at any time.